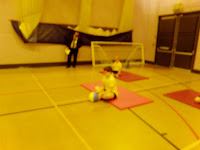 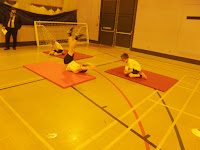 Email ThisBlogThis!Share to TwitterShare to FacebookShare to Pinterest
Labels: goalball

On Friday 11th November both the boys and girls football teams took part in the district rounds of the Danone Nations Cup. 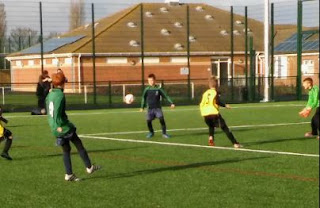 The boys competition had been due to take place earlier in the week bu t poor weather had resulted in a rescheduling and the withdrawal of some teams.
The boys team of Dalton, Harry, Mckye, Ethan, Frankie, Billy and Evan from Y6 and Carter and Jenson from Y5 began their competition against Woodhall Spa. After a slightly nervous start, a goal midway through the first half settled the team down and we started to play some really good football eventually running out winners by 6 goals to nil.

Our second game was against Skegness Junior Academy A. We continued our good form and won by 4 goals to 1. 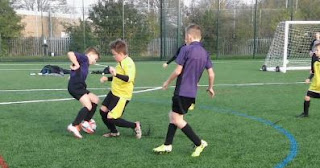 Finally,after all the teams had observed a 2 minutes silence at 11am, we played Skegness Junior B. We won this game 4 - 0 to qualify once again for the county round of this competition. 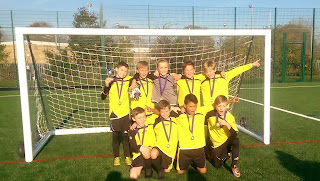 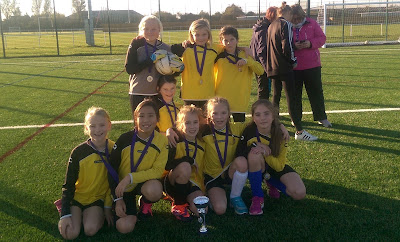 The girls competition had like the boys suffered from late withdrawals, leaving only ourselves and Friskney to contest the final. Our team of; Freya, Jessica, Rhianna, Molly, Tia M, Aimee, Olivia, Isabelle and Scarlet  (all from Y6) survived a couple of early scares before a spell of attacking pressure lead to a Friskney defender slicing the ball into her own net. This proved to be just the boost we needed and we went on to build up a four goal lead before Friskney managed to get a late goal back to make the final score 4 - 1.
The girls will now be joining the boys in the county finals to be held in Skegness in January.

Our day at the Grammar School 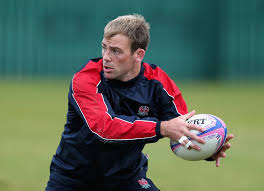 Today we went to meet former England rugby 7’s captain Rob Vickerman at Skegness Grammar School. We took part in a training session and we also got to ask him questions about his career and other things. He is now a Sky Sports Athlete Mentor, speaker and commentator. He was at the Rio Olympics. He watched all the games and he was a commentator. 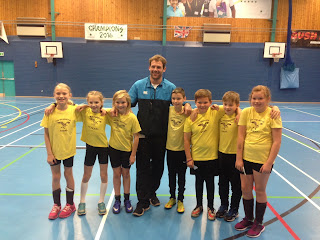 Finley said, “It felt exciting to be next to a former England rugby 7’s player."

Harry said, “It was a great time and great to inspire kids. It was so much fun. I liked it when we interacted with the other kids.”

Tia said, “It was really fun and it was a great time.” 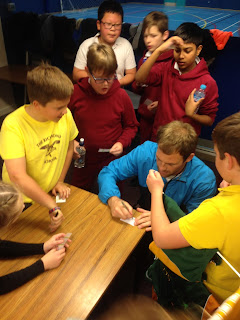 Isabelle said, “It was a really fun and I wish I could do it again.”

Rhianna said, “It was very inspiring and I want to learn rugby 7’s.”

Ava said, “It was a great opportunity and I hope to do it again.”

Billy said,”I thought it was really good because Rob Vickerman inspired me to play rugby.” 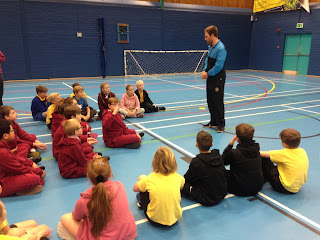