Overall we finished first in the large schools team competition.
Posted by David Ball at 08:10:00 No comments: 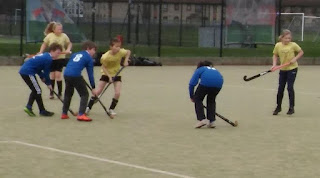 Representing 6S were Kiefer, Olivia, Mateusz, Scarlet and Aimee. Representing 6R were Ben, Tia, Freya and Isabelle plus Harry on loan from 6S.


Both teams got off to good starts winning their first 3 matches. 6R beating Friskney B, and Wainfleet, Hutoft B whilst 6S beat Partney, Willoughby B, and Hutoft A.
6R won their 4th match against Woodhall A meaning both teams still had 100% records going into the lunch break.

It was at this point that the weather took a turn for the worse with heavy rain and a strong wind making an already cold day very uncomfortable.


6S lost their 4th match against Skegness Juniors.
After a short delay, it was decided to shorten the matches and play on through the weather.
6S then lost against Friskney but won against Woodhall B to finish as runners up in their group.
6R meanwhile continued their winning streak beating Skegness Junior A and Willoughby A to top their group with a perfect record of 6 wins out of 6.
6S then lost to Willoughby in the 3rd/4th place play off to finish in 4th place. 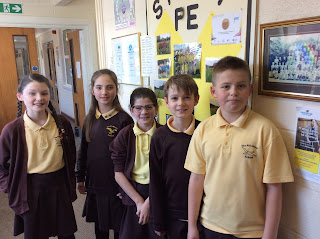 6R played Friskney in the final with a place in the county finals up for grabs. We took an early lead and had most of the chances but Friskney defended well and looked dangerous on the break. One of Friskney's counter attacks led to an equaliser and set up an exciting last few minutes. With time nearly up we managed to get a second goal and finish as winners by 2 goals to 1. 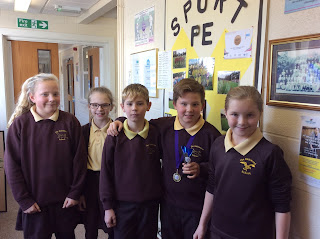 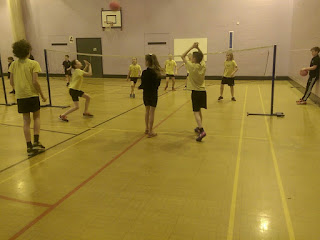 6S won all but one of their group games and finished second in their group. They went forward to a play-off for 4th, 5th and 6th. They won both games in this stage of the competition and placed 4th overall.
6R won all their group games and went into a playoff for positions 1 - 3. They lost their first play-off against Friskney but then defeated Burgh in their final game. Burgh then beat Friskney to put all three teams level on points so it was decided to go to total points scored and Burgh came out on top with Richmond 6R in 3rd place.

Email ThisBlogThis!Share to TwitterShare to FacebookShare to Pinterest
Labels: volleyball

Team 1 won 6, drew 1 and lost 2. They finished 3rd in their group and then won the 5th/6th place play-off to finish 5th overall.