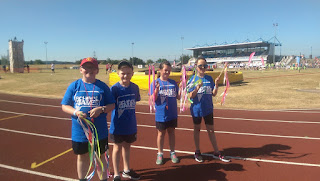 On Sunday 8th July Joshua, Grace B, Libby-Mai and Logan took part in the county finals of Goalball at the Meres Leisure Centre in Grantham.

Before we moved over to the sports hall for our competition. We began with a draw against Tower Road and followed that up with a win against Malcolm Sargent. Our third game was a narrow defeat against Chestnut Street. We needed to win our final game against Lacey Gardens to make sure of finishing in the medal positions. We got off to a great start and built up a 3 - 0 lead before Lacey Gardens started to come back at us. We were still leading at the halfway point but as the game went on Lacey Gardens showed why they were about to be crowned as champions and a late surge took them to the win.

Overall we finished in 4th place.
After the competition had finished there was time to try out a few other activities like the obstacle course and archery. 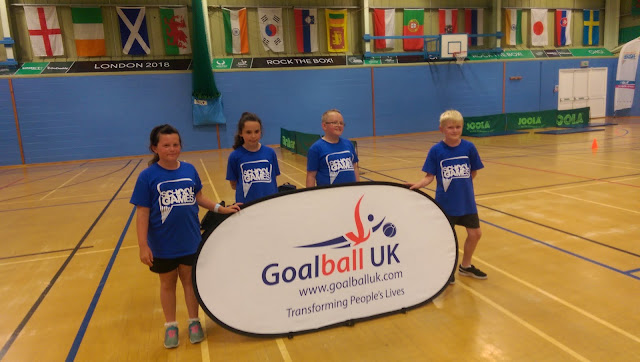 Email ThisBlogThis!Share to TwitterShare to FacebookShare to Pinterest
Labels: goalball